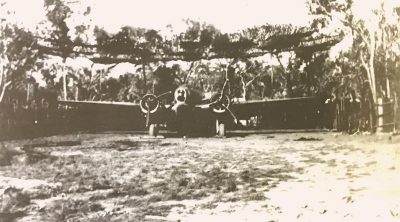 The Pell wartime airstrip is a significant and interesting landmark. It was named after Major Floyd Pell who was killed when the Japanese strafed Darwin Airport on February 19, 1942.

On the 4RSU site you are taken on a journey from the airstrip through the significant infrastructure that remains and spells out the story of this special unit.

The 4RSU campsite of 1942-1945, is contained within the property named Pell Mell. It was part of one of three experimental farms which existed in the 1970’s-90’s. When the experimental period finished events ensued to enable the individual families who had laboured so long on them to own them outright.

Jim and Barbara Sullivan and their four children had their homestead along Tortilla Road and the property went along the back of two others to front to Pell Airstrip. On hearing that JH was interested in the Adelaide River area, this portion was cut off as they were aware of our interest in history, and had often mentioned the WW2 camp to me. 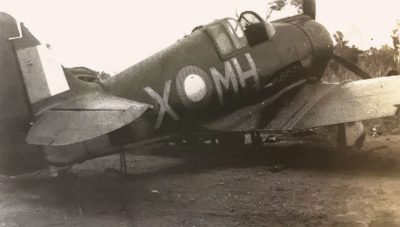 Walking around the property with its hills and wet season creek beds, a range of bird life and native fauna is a delight and also familiarised me with the extensive wartime infrastructure. Finding an ink bottle beside a 44 gallon toilet along the hillside indicated that someone had utilised the facility to write home and to admire the view!

Besides the enjoyment there needed to be a huge cleanup of wire from the site. Along the revetments was the rusting remains of the netting used to cover and camouflage aeroplanes being serviced.

It was a time of discovery, aided by the acquisition of the official maps of the unit obtained from the wartime archives in Canberra.

There is over 16 hectares of Northern Territory heritage listed remains at the 4RSU campsite, and much of this is easily accessed.

When Walter Venn visited later in 2000, he presented me with his book about the unit. Walter was nineteen when he came to Pell, and stayed the entire time the unit was here. The unit moved to Winnellie in August 1945.

Walter’s book is very interesting and informative and available to purchase at Pell Mell after your tour. Pages of the book are pictured here.